The company TEC Infrastructure finalised the technical design of major repairs and maintenance works of Jokšai Bridge over the Klaipėda (King Wilhelm) Channel as well as obtained a permit for its constructions. The King Wilhelm Channel is the only artificial waterway in Lithuania, excavated from the village of Lankupiai to the Malkų Bay (Malkų įlanka) of Klaipėda Port. The unique channel of 27 km of length was officially opened in 1837; it was renamed as the Klaipėda Channel after the World War II. 10 bridges had been built over the channel before 1904; the only remaining is namely the Bridge of Jokšai. It is included into the Register of Cultural Values.

“After the repair and maintenance works of the Bridge of Jokšai, the structure will once again be available to pedestrians and cyclists, and vehicles will be able to use it as well, while preserving all its valuable features and maintaining the forms specific to the landscape as well as the authenticity of the object and its elements. We are glad that this unique historical object will become available to the general public and tourism” – says Romas Dulieba, the Manager of the Part of the Project of TEC Infrastructure.

R. Dulieba explains that the centuries-old structures of the bridge will be restored and reinforced using special repair and restauration technologies. The structure of the deck and railings at the junction of the metal trusses will be restored in such a way that the ships with tall masts could pass under the bridge – as it was possible in the beginning of the 20 th century. For that purpose, a deck opening on hinges to a single side and swing handrail gates will be formed. After the repairs of Jokšai Bridge, the communication with the town of Svencelė, which now houses recreation areas, kitesurfing and a sailing centre, will be restored as well.

“We have cooperated with the Technical Supervision Centre and Testing Laboratory and with the Department of Cultural Heritage during the preparation the project proposals and the project of the maintenance works and determining the exact material for the metal structures. This project would not have been possible without the smooth cooperation of the Centre of the Cultural Heritage, Department of the Cultural Heritage, Klaipėda District Municipality Administration and the strong willingness of others to reconstruct the only remaining bridge over the King Wilhelm Channel. This project was led by the Project Manager Algirdas Steponavičius, who is a specialist in bridge design with an extended experience while working with the objects of cultural heritage”, – says R. Dulieba and thanks everyone who have contributed to this exclusive and complex project.

Klaipėda (King Wilhelm) Channel – is one of the most unique hydrogeological monuments in Lithuania, having a deep and complex history, which started during the ruling period of the Kingdom of Prussia. In 2001, the King Wilhelm Channel was included in the system of the inland waterways of national importance of the Republic of Lithuania.

TEC Infrastructure is a part of the TEC Corporate Group, operating in the fields of infrastructure, industry and energetics, design and consultations. TEC Infrastructure has designed many well-known objects of infrastructure in Lithuania: Alytus pedestrian bridge, the arched pedestrian overpass at the A2 motorway at Žemaitkiemis, Rusnė Trestle Overpass. The specialists of the company have already completed the design works of the small bridge, which shall connect the Nemunas Island with the Downtown and the Uptown in Kaunas, according to the idea of the KILD architects and are also designing the Užvingis Island Bridge over Neris River, from Vingis Park to the Lithuanian Exhibition and Congress Centre “Litexpo” in Vilnius. 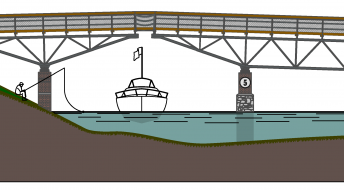 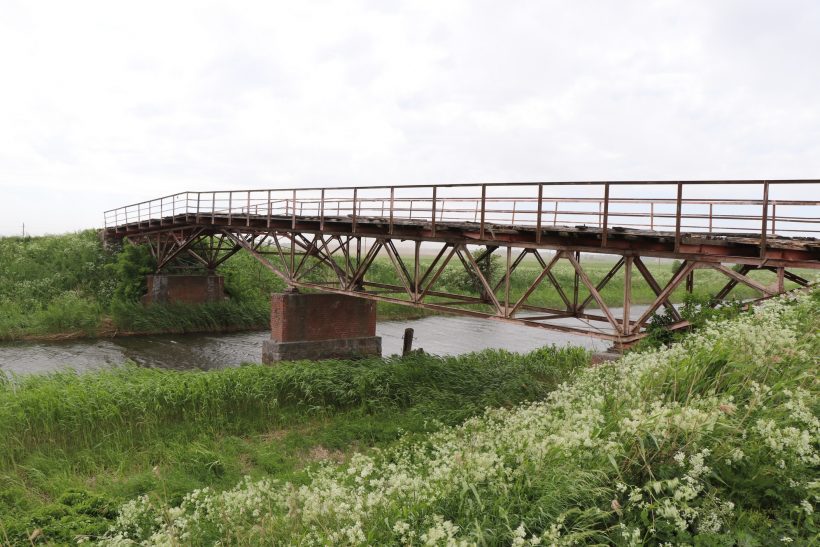