TEC Infrastructure concluded an agreement with Klaipėda State Seaport Authority on the 17th of July. The Company won the tender for the reconstruction of the northern and southern breakwaters of Klaipėda Seaport. This is one of the largest reconstruction projects of TEC in the port. TEC has worked on five similar projects; however, the company previously worked on quays rather than slopes.

The reconstructed northern and southern piers will be raised due to the rising water, but their layout will not change. This is the only international waterway in Lithuania, so the project is important not only for TEC and Klaipėda Seaport, but also for the whole Lithuania. It is a long-term agreement; the works will take 44 months.

The breakwaters protecting the port of Klaipėda from the waves were constructed approximately a century and a half ago. The structure of the superstructure is made of stones placed between the wooden poles. The above-water part was made of stones, later concreted. The length of the current southern breakwater is 1 374 m, and the northern breakwater – 733 m. With the increase in the number of large ships in the port, renewal is inevitable – the exploitation of deteriorating breakwaters would restrict the ship traffic and increase the ship and cargo downtime.

“Sweco Lietuva” prepared the project proposals for the reconstruction of the northern and southern breakwaters of Klaipėda State Seaport, environmental impact assessment, engineering geological research and concept design, the solutions of which envisage the strengthening of the existing southern and northern breakwaters. Both breakwaters will be raised in the intended places, and part of the hydrotechnical structures will be equipped with retaining walls. Observation decks will be installed on the southern breakwater for the residents, so not only the port of Klaipėda will benefit from the reconstruction, but also the visitors of the city who will be able to enjoy the view to the sea from a new angle. The breakwaters are planned to be reconstructed in three years.

The implementation of the project will make the northern and southern piers safer, the logistics of the port will improve, which will reduce the cargo transportation time. As ships will spend less time on their way to the port, the pollution will be reduced. The new observation decks will breathe even more life into the port.

The works would be carried out in two stages. During the first stage, the southern and northern piers will be fixed, the retaining walls of both breakwaters will be installed, and during the second stage, the slope of the Curonian Spit will be reinforced.

TEC Infrastructure is part of the TEC Group of Companies which also includes the companies TEC Industry and TEC Consulting. The companies of the Group provide design, consulting, maintenance, project and construction management and other engineering services for transport infrastructure and industrial objects as well as energy facilities. 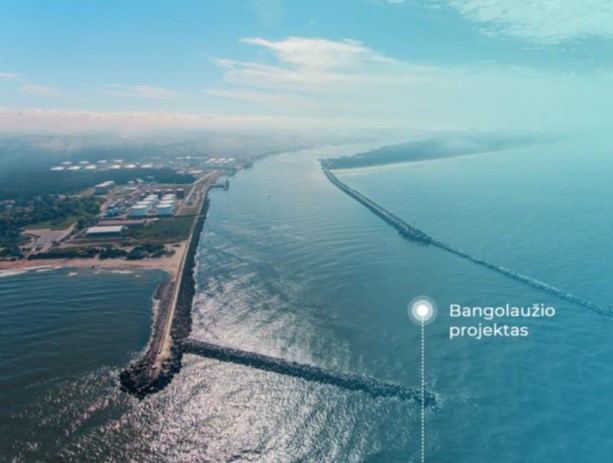