New attraction in Kuršėnai: a bridge between nature and culture

The construction of the extraordinary TEC Infrastructure project – Kuršėnai Bridge – is expected to be completed this month. The bridge stretches across the Venta River and forms a pedestrian traffic connection between the central part of Kuršėnai town and the Kuršėnai Cultural Centre. The manager of the exclusive project is architect Ieva Puidokaitė (UAB Atamis), the project part manager – Domas Čėsna (UAB TEC Infrastructure), and the main structural design works were performed by Aurimas Andzelis (UAB TEC Infrastructure).

This construction project in Kuršėnai will be the longest bridge designed by TEC Infrastructure: 233 meters long, with the weight of the structures reaching 500 tons. Aurimas Andzelis says that the Kuršėnai bridge project required non-conventional architectural solutions: the recreational area for the town residents was also designed along with the bridge. Moreover, the location of the bridge is very special, in the vicinity of the areas protected by the Cultural Heritage Department: on the north side – the monument and square to the honour of L. Ivinskis, on the south side – the complex of Kuršėnai manor homestead. 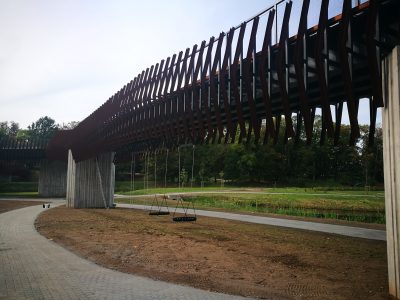 The project is expected to bring local businesses to life, attract more tourists, and encourage residents to spend more of time in open air. The bridge over the Venta River is not straight, its axis forms a curve in the plan. It has a platform in the centre with benches for resting, and a terrace; also, a rope net hammock for relaxation above the opening in the bridge deck. Next to the bridge, there will be a recreation area with a children’s playground, a marina and a beach.

When A. Andzelis was asked about the project challenges, he said that it was difficult to perfectly reflect the final image in the project featuring the abundance of architectural ideas. “It is important to transfer the vision of architects so that it can be implemented by builders, and we, the designers, can ensure the safety and longevity of the project”, says A. Andzelis. 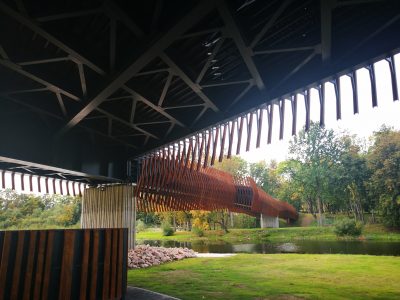 The location of the building has become another challenge for designers: the bridge supports built in the meadows previously flooded by the Venta River, required precise diligence and experience in designing bridges in areas affected by complicated geological processes. The bridge was installed by an unusual method rarely used in our country – by pushing components on top of each other. The latter posed additional challenges for the contractor to assess certain characteristics of installation.

TEC Infrastructure has already had projects of similar complexity, one of them being the Alytus White Rose Pedestrian Bridge. It is the highest pedestrian and bicycle bridge in Lithuania. Construction of sophisticated structures constantly attracts a lot of attention of the town residents and visitors from all over Lithuania.

Another similar project is pending in Kaunas: it is the pedestrian bridge of Kaunas Nemunas Island (first stage). Also, another bridge is currently being designed in Vilnius, near the Litexpo exhibition hall, – the so-called Užvingis island bridge, to connect Vingis Park with the area of the Lithuanian Exhibition and the valley of Litexpo congress centre. This bridge, which required complex engineering solutions, will create an exclusive recreational space in Vilnius and improve the residents of Lazdynai and the surrounding Litexpo areas closer to Vingis park and the town centre.

TEC Infrastructure is a part of the TEC group of companies, along with other companies – TEC Industry and TEC Consulting. The group companies provide design, consulting, maintenance, project and construction management and other engineering services for communications infrastructure, industrial and energy facilities. 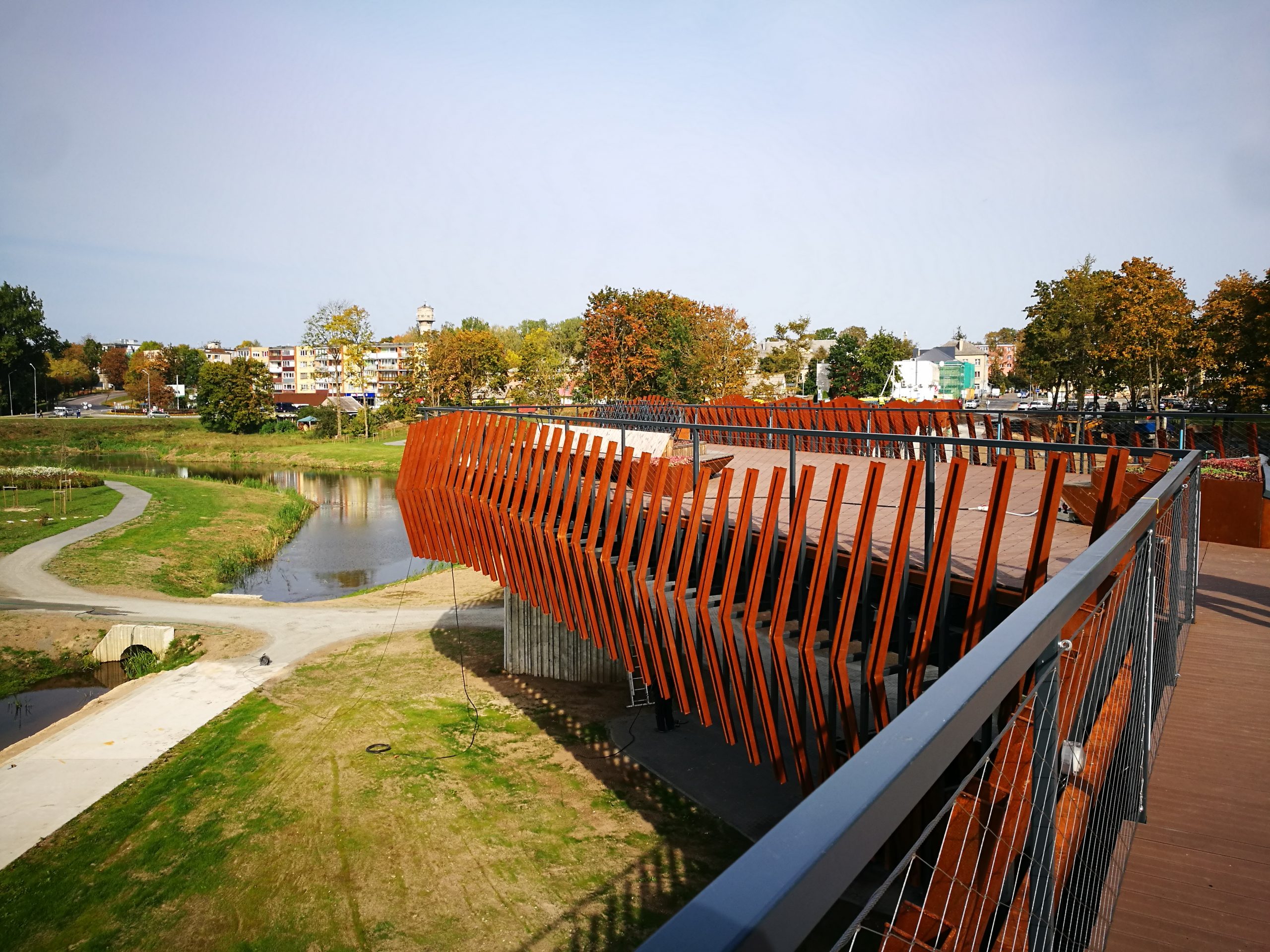 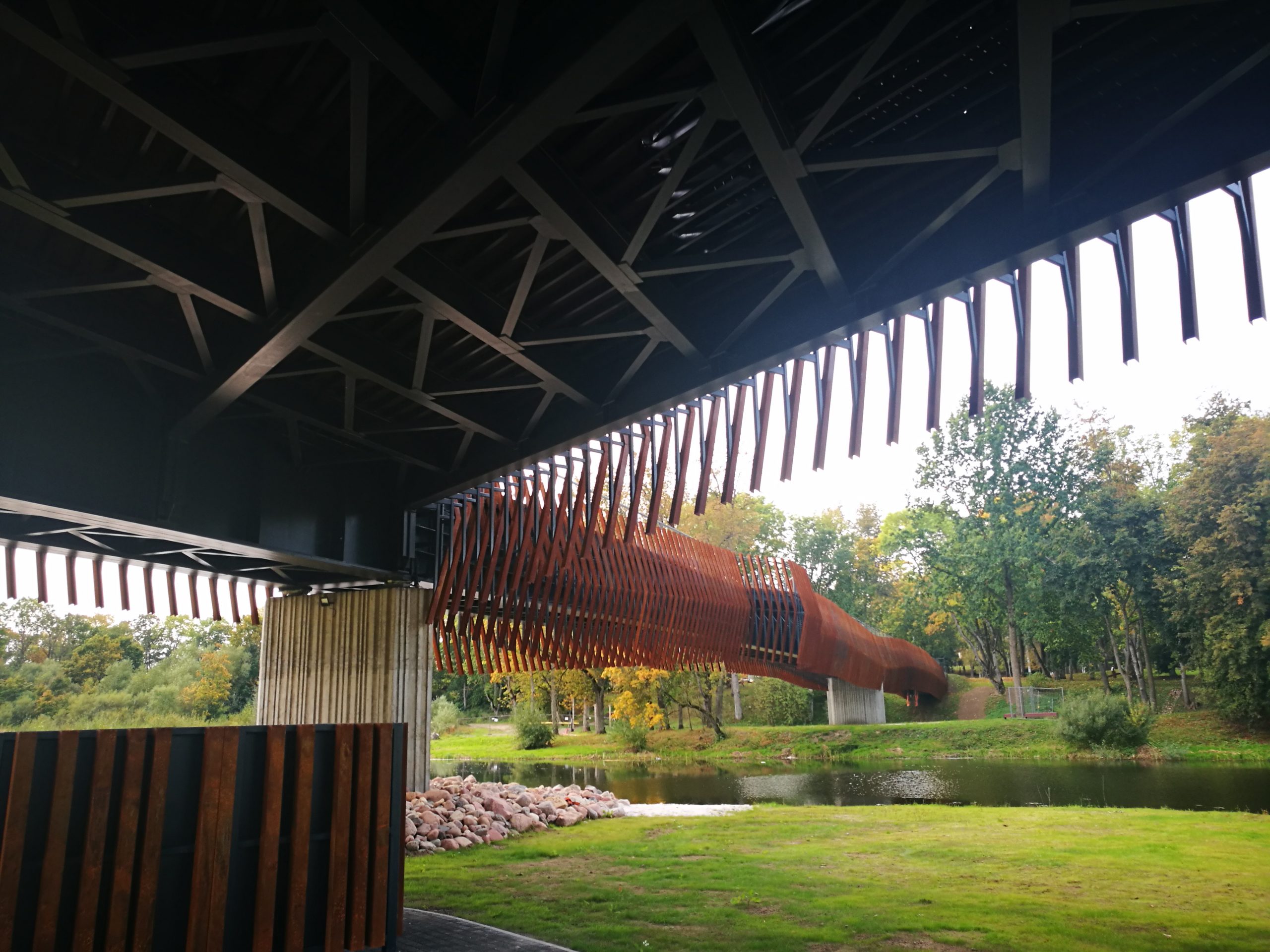 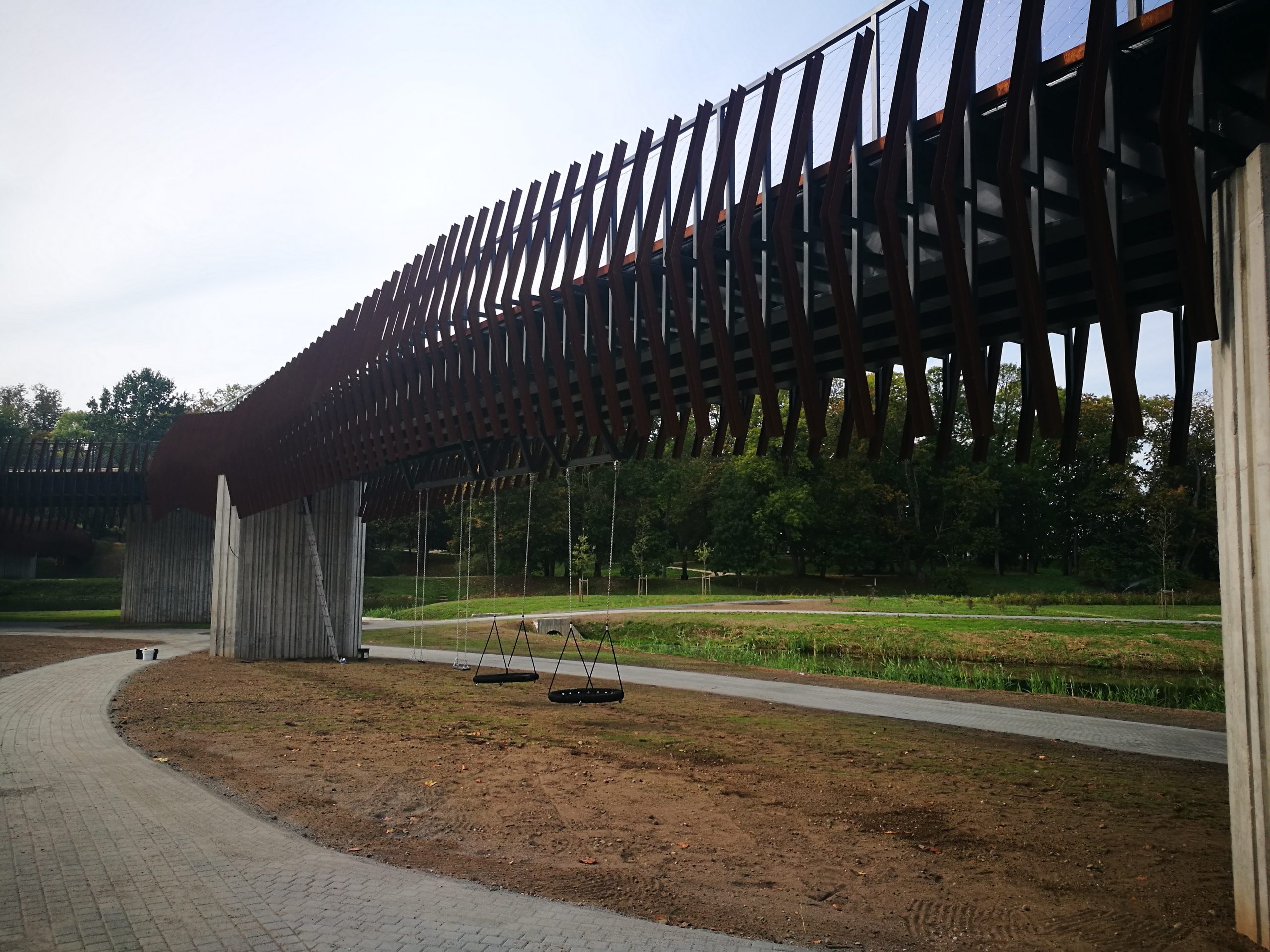