The long-waited Rusne Trestle Overpass was opened on 18 May. TEC Infrastructure developed its Technical Detailed Design and designed the architectural part of the structure. This Project was implemented by TEC Infrastructure with assistance of AB “Kauno tiltai” under the joint venture agreement.

“Together with the Rusne residents and the whole country, we are pleased with completed construction of the overpass. We sincerely wish and believe that now Rusne will become known as the most beautiful town in western Lithuania, as the largest island of Lithuania with deep fishing traditions, instead of being the evidence of floods hindering life so much” – said Director General of TEC Infrastructure Arunas Ruokis.

Silutė – Rusne road segment from 2.4 to 7.36 km of especial importance to all the residents of Rusne will also be reconstructed in the nearest future – reconstruction foresees construction of new road pavement and elevation of a road segment of about 1.8 km length nearby the overpass. Along the reconstructed road there will be a footway and a bicycle path of 4.5 km length. The lowest segment of the road from 6.190 – 6.940 km which is annually flooded will be provided with a reinforced concrete piled two-lane overpass of 421.7 length (without access), all communications networks will be relocated, and 5 new passages installed. 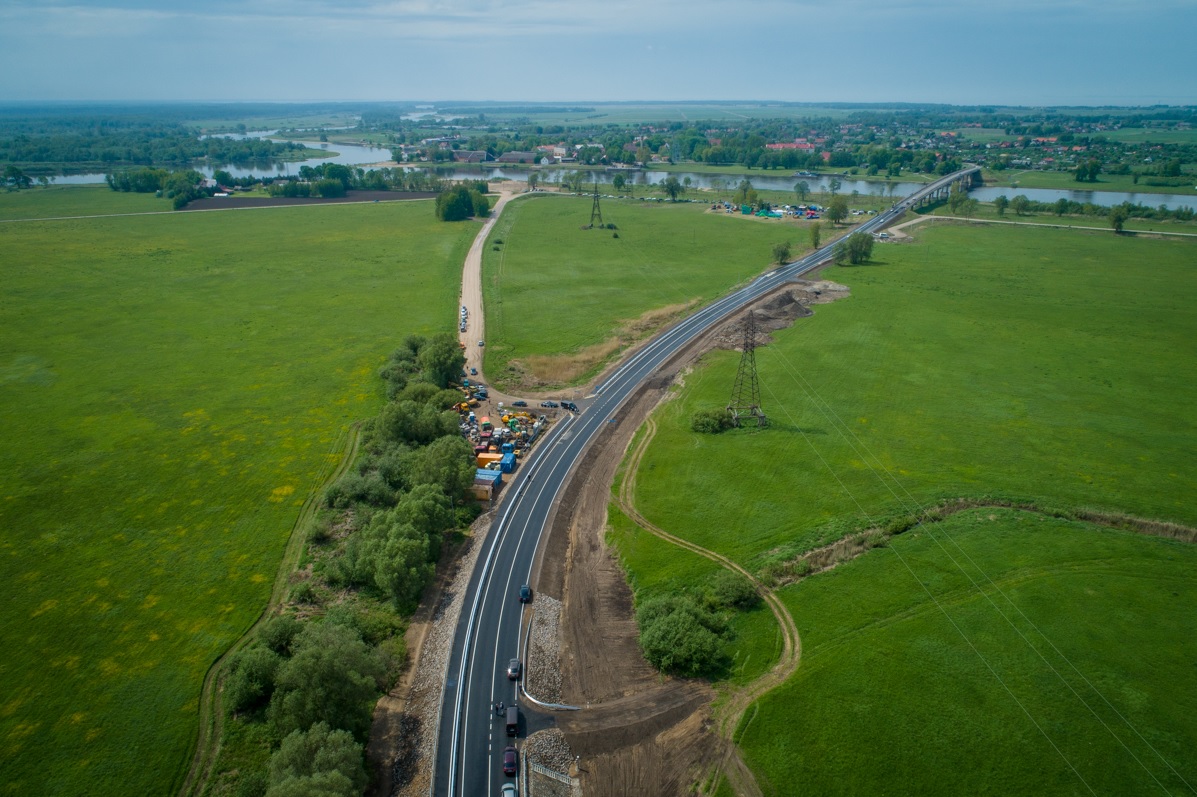