Upgrade of infrastructure in Alytus: the Rūtų-Pulko-Gardino roundabout installed

Infrastructure conditions in Alytus are further improving. The Rūtų-Pulko-Gardino roundabout was installed in the town according to the technical and work projects prepared by UAB TEC Infrastructure.

The contractor of the project work and the customer of the work project is the Latvian company AS A.C.B. A. Indriliūnas says, that the street access route at the roundabout has been designed and installed by complying with the existing street routes. Residents living near the intersection did not suffer any inconvenience because the parameters of the intersection were chosen taking into account the location of the adjacent land parcels.

The existing sidewalks and pedestrian and bicycle paths have been installed at the roundabout, and in some places they were renovated. During the implementation of the project, much attention was dedicated to the safety of road users by renewing the street, sidewalk and pedestrian-bicycle path lighting, directional pedestrian crossing lighting at the intersection. The street was equipped with vertical and horizontal signage, route safety islands, flexible plastic columns and other traffic safety measures.

Construction and protection of existing engineering networks was also taken care of. For the convenience of residents, parking lanes were installed in Rūtų Street during the reconstruction. When the weather warms up, the last highlight of the intersection reconstruction – the plantations – will be put in place.

Reconstruction work of the Ulonų-Pulko-Santaikos street intersection, which started last autumn, are currently continuing – it will also become a roundabout.

UAB TEC Infrastructure is part of the TEC group of companies, which also has the companies TEC Industry and TEC Consulting. The group companies provide transport infrastructure, industrial and energy facility design, consulting, maintenance, project and construction management and other engineering services. 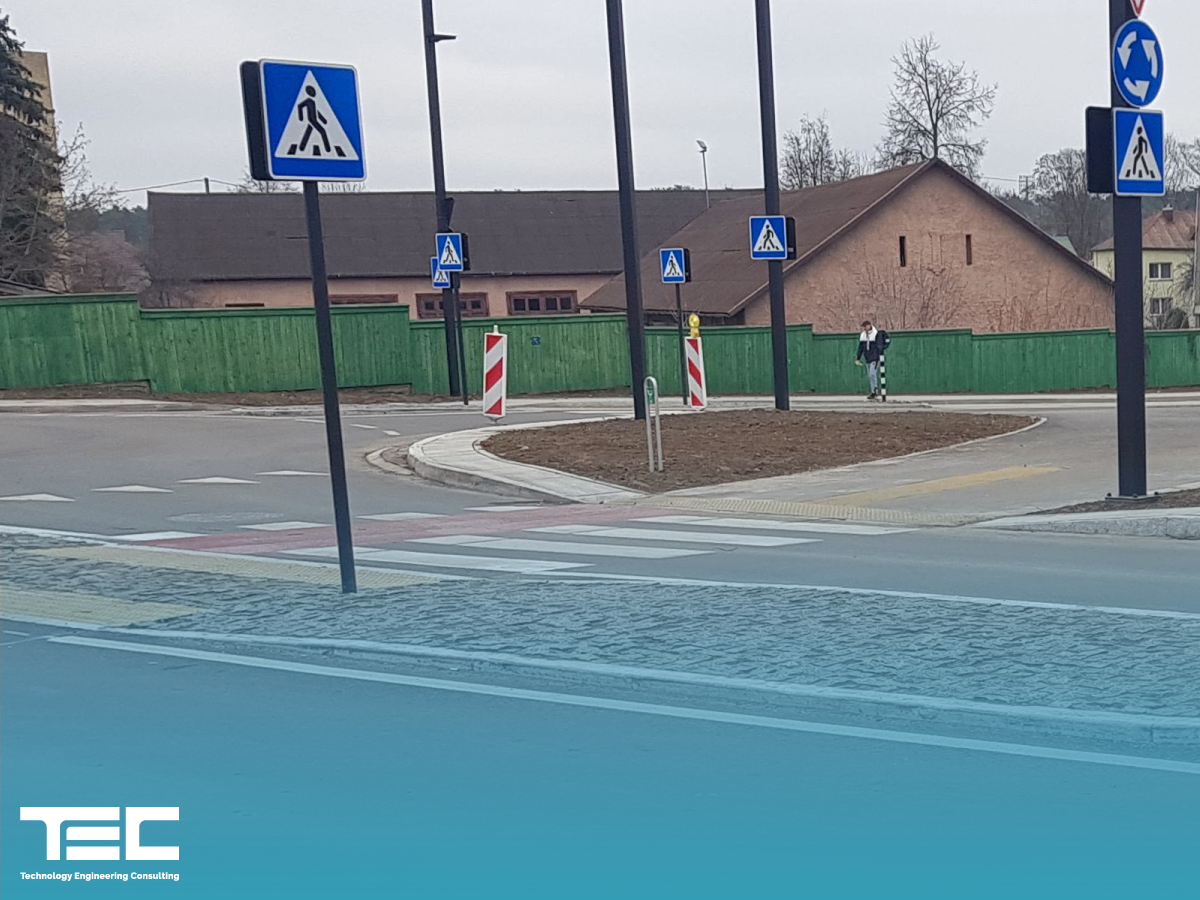