TEC Group of Companies is celebrating its 20th anniversary – many years of experience and purposeful development of the company have borne fruit. The turnover of the TEC Group of Companies in 2020 amounted to about 5 million euros. TEC Group enters the New Year with ambitions to become one of the leaders in the Northern European market and to establish itself in other countries.

Three Teams of Professionals in One

TEC Group of Companies consists of three companies engaging in different activities: TEC Industry, TEC Infrastructure and TEC Consulting. The abbreviation of the Group of Companies TEC – Technology, Engineering, Consulting – originated after coming up with the idea of uniting these complementary areas and offering clients a wide range of services.

According to Giedrius Andrulionis, the Head of the youngest member of the Group of Companies – TEC Consulting – who has contributed to the uniting of the companies into the group, there used to be only two companies – “Bioprojektas”, UAB and “Tiltų ekspertų centras”, UAB. G. Andrulionis believes that the forward-looking approach of the Heads as well as the employees of the company and the creation of the joint trademark – TEC Group – have led to the Group of Companies becoming visible and valued in the market.

It’s true, the third member of the Group of Companies, TEC Consulting, was established in response to the new needs of the other two companies. “Everything started with the idea of exporting the services of the other two companies abroad, it took a lot of time and resources, and the search for markets revealed the need for project management services in the market,” says G. Andrulionis about the emergence of TEC Consulting.

TEC Industry started working on oil industry projects, and this change of direction has led to the opening of new markets. Speaking about the largest implemented projects, Vaidas Laukaitis, the Head of TEC Industry, mentions the combined heat and power plant with 21 MW electric capacity designed in Tallinn, as well as a number of projects of “Klaipėdos Nafta”: from the construction of reservoirs to the ongoing quay construction works.

TEC Infrastructure can be proud of the major tenders won in Lithuania and Belarus, and the newly established contacts with RB Rail international participants of the tender. In 2020, TEC Infrastructure received a nomination of the “Best Communication Infrastructure Project” in the annual competition Lithuanian BIM Projects, designed to select the company that makes the best use of building information modeling (BIM) technologies and methodologies. They also took part in the international InfraBIM Open 2020 conference in Tampere, Finland, where they were the first in the Baltic States to present a report on the infrastructure project.

TEC Consulting was successful from the very beginning: the company won the first project management service tender in which it participated. This achievement has led to the growth and development of TEC Consulting. “The client from Germany trusted in us although at that time we were a new company, while we faced experienced competitors and well-known professionals in this tender, the client trusted in an experienced newly gathered team,” says G. Andrulionis. Another important step for TEC Consulting was to add the services of coordination and commissioning of energy facilities to the project management services, which has opened up even more opportunities.

Vaidas Laukaitis, the Head of TEC Industry, has been working in the Group of Companies for 15 years already. “When I first started, it was a small company – 10 people, and now we have a team of around 50 people. The projects were relatively small at the beginning, but now we are working on projects the investment value of which exceeds several tens of millions of euros,” says V. Laukaitis.

In total, TEC Group currently employs over 100 people, the Group of Companies has already completed over 800 different projects and has not only grown in 20 years of its existence, but also introduced modern design solutions. “We switched from 2D drawing to modeling, we used to have to photograph everything, and now we use 3D laser planning or drones,” says V. Laukaitis. Constant use of the latest technologies and improved work performance helped TEC Group to win projects in international markets.

Projects in Poland, Belarus, Germany, Denmark and other countries are still ongoing, and the main goal of all Heads of the Group of Companies is to become a competitive engineering services company in the Scandinavian markets. “It is a good strategy when you are not alone, when the engineering team is behind you, then the customers trust us and, we, three companies working in different areas, can exchange experiences and challenges,” tells G. Andrulionis about the successful development of the company outside the country.

TEC Consulting stands out for its high growth acceleration. “Our growth in recent years has been simply stunning, of course we had hoped for it, but the numbers exceeded expectations,” says the Head of the company. The company increased its revenue 4.5 times in the second year of its existence, and 3 times more in the third year. The growth was determined by the signing of important contracts and the services of commissioning-adjustment of technological equipment which have started to be provided.

Challenges to be Overcome and Future Prospects

The challenge TEC Group and the whole world is facing – COVID-19. “The spring quarantine provided an opportunity to concentrate and complete the negotiations with potential customers initiated before it, and to sign a contract with the Polish company Budimex S.A. The second wave in autumn caused serious problems in the stage of execution of contracts signed in spring,” tells G. Andrulionis about TEC Consulting. Additional human resources had to be sought to replace employees who had been unable to work for several weeks due to illness or self-isolation. According to G. Andrulionis, this has significantly increased costs, and the works still need to be carried out with the help of a larger number of colleagues.

The sustainable growth of the company was discussed at the strategic session of the Board held at the end of the year. The Group of Companies is expected to continue to grow steadily – by 10-20% per year. A number of projects in Lithuania and abroad are planned for the coming years. “We have learned to work in the Western-style, so we can really offer both quality and proper deadline both in Lithuania and in the international market,” – comments G. Andrulionis.

Vidmantas Giedraitis, who has recently become the Head of TEC Infrastructure, hopes to lead the company into the ranks of leaders, and on the occasion of the 20th anniversary of the Group of Companies he wishes TEC Group to remain a dynamic, modern and professional team. G. Andrulionis, the Head of TEC Consulting, wishes the whole team of TEC Group not to be afraid to make mistakes, but not to repeat them and always have some imagination: “There are no limits in this world, we set the limits ourselves.” V. Laukaitis also echoes him: “I wish TEC Group to continue to improve and each day to be better than we were yesterday”. 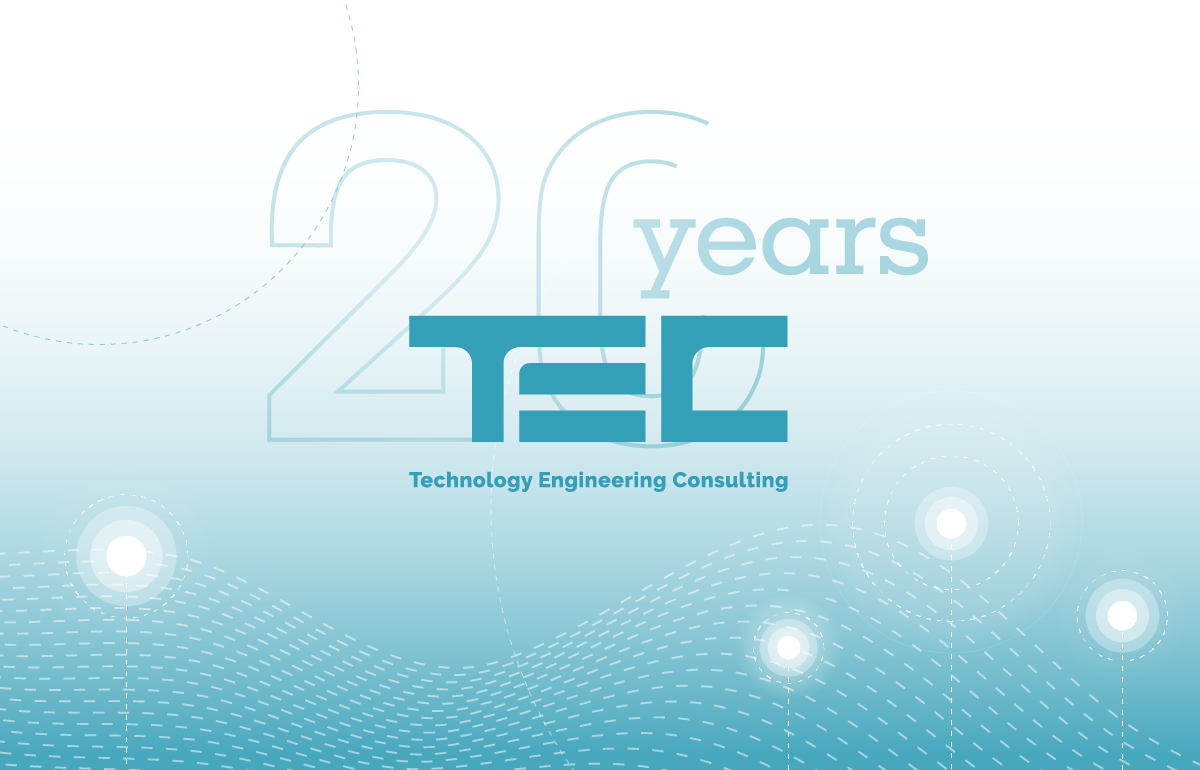