TEC Infrastructure Designs one of the Largest Viaducts in Western Lithuania

TEC Infrastructure team begins the final design stage of the new viaduct in Mažeikiai – prepares the work project for the object in accordance with the previously prepared technical design. The new viaduct will rise before the end of 2020 under the order of the Lithuanian Road Administration under the Ministry of Transport and Communications and Mažeikiai District Municipality Administration. The length of it will be 138 m, the total length of the engineering networks for each purpose – 3124 m. It is going to be one of the largest viaducts in Western Lithuania. The contract works are carried out by Latvian construction company “LNK Industries” together with the company “Eurovia Lietuva”.

The viaduct will rise at Algirdas street in Mažeikiai, at the place of the current railway crossing. The entire infrastructure of this location is going to be changed as well: the current four-way junction will be reconstructed by constructing a turbo-roundabout at the junction of Algirdas and Gamyklos streets.

“The city of Mažeikiai is divided in two parts by a railway. The city has two one level crossings; therefore, in case of increased movement of trains by rail the city becomes paralysed. After the reconstruction of the mentioned crossing into the crossing of two levels, this problem of the city will be eliminated” – says Mantas Markevičius, the Project Manager-Coordinator of TEC Infrastructure.

M. Markevičius says that it is a quite complex and interesting project, where a great number of challenges need to be overcome: there is a pedestrian viaduct connected to the car viaduct and there is always a lack of space for objects as well as a lot of engineering communications. “We prepare the project using Building Information Modelling (BIM) technology. It helps to work with extreme accuracy in real time, and make any changes swiftly as well as to prevent errors. 3D model of the viaduct allows making the most optimal solutions even for the construction of the bridge, materials and construction processes can be planned precisely even while designing, and this saves time as well as money of the contractors” – he adds.

The viaduct of Mažeikiai is not the first object on which TEC Infrastructure collaborates with the Latvian concern “LNK Group”. The company “LNK Industries” of the concern built a viaduct over Nemunas street in Klaipėda in 2015-2016 according to the project prepared by TEC Infrastructure. Metal structures for another object designed by the company – pedestrian and bicycle bridge over Nemunas in Alytus – were manufactured by the company “TTS” of “LNK Group”. 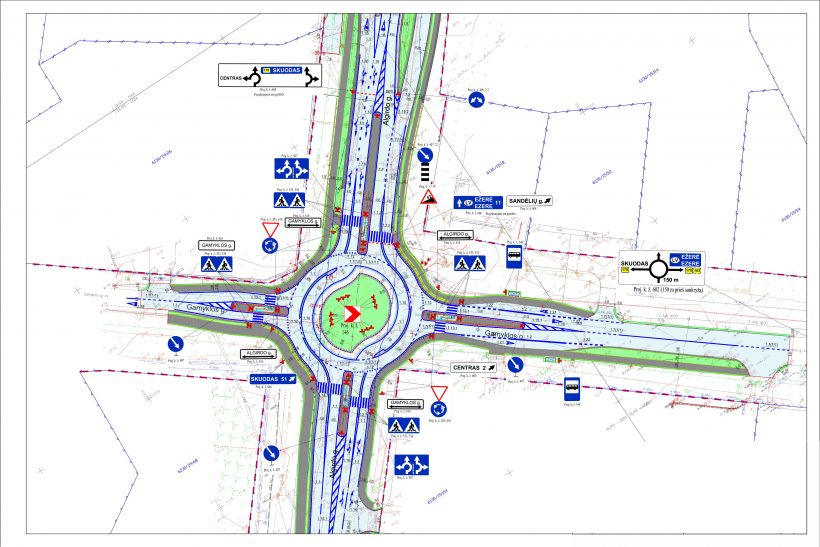