Last week, TEC Infrastructure signed the agreement with Vilnius City Municipal Company “Vilniaus Planas” for the first phase of construction of the Šiaurinė Street. According to the Šiaurinė Street construction project, the Šiaurinė Street will comprise 6 lanes from the Western Bypass Road to Stanevičiaus Street after the reconstruction, 8 lanes are planned at the intersections, walkways and bicycle paths will be constructed on both sides of the Street, an underground pedestrian crossing is planned along Ukmergės Street. Two elevations planned at the places where the Šiaurinė Street will cross Laisvės Avenue and Ukmergės Street, the Technical Design of which will be prepared by TEC Infrastructure. Another member of the group TEC Industry will help colleagues to prepare the engineering part of the project, i.e., the heat and gas network plan.

“We are proud to be a part of such an important project for Vilnius. It is a vast object that will reduce traffic congestion in the northern part of the city, make pedestrians and cyclists feel safer – all residents and guests of the city will have a positive impact, ”says Arūnas Ruokis, Director General of TEC Infrastructure.

The length of the Šiaurinė Street section for reconstruction is 3.28 km. New street will connect the Western Bypass Road and Ukmergės Street in Fabijoniškės and will be constructed in stages. Initially, a connection will be made from the Western Bypass Road to Fabijoniškių Street, including the reconstruction of this section of the street. The value of the first construction stage is MEUR 35 that will be allocated from the EU, municipal and state budgets. The total value of the Project to be implemented is approximately MEUR 90.

“The project is unique in its technical characteristics and the fact that it will be implemented in a capital where daily life and heavy traffic are usual. This project will involve 11 specialists working on a constant basis for our project: representatives of road, bridge construction, engineering divisions and engineers who will join the team later. Works shall be completed in 6 months. “The facility is big, responsibility is heavy, but we have a great opportunity to see such necessary changes in the infrastructure of Vilnius city”, – says Mantas Markevičius, Project Manager, TEC Infrastructure Project Coordinator.

TEC Infrastructure specialists have been designing infrastructure since 2003. The major projects of the Company include the elevation near the Žemaitkiemis road Vilnius–Kaunas, Rusnė elevation, elevation above the railroad to Smeltė in Klaipėda, new pedestrian bridges to Kaunas island and Užvingio island bridge in Vilnius. The reconstruction of intersection in Vilnius will soon be started in accordance with the Technical Project of reconstruction of the intersection of Liepkalnio, Žirnių Streets and Minsk highway prepared along with the Vilnius City Municipal Company “Vilniaus Planas”. 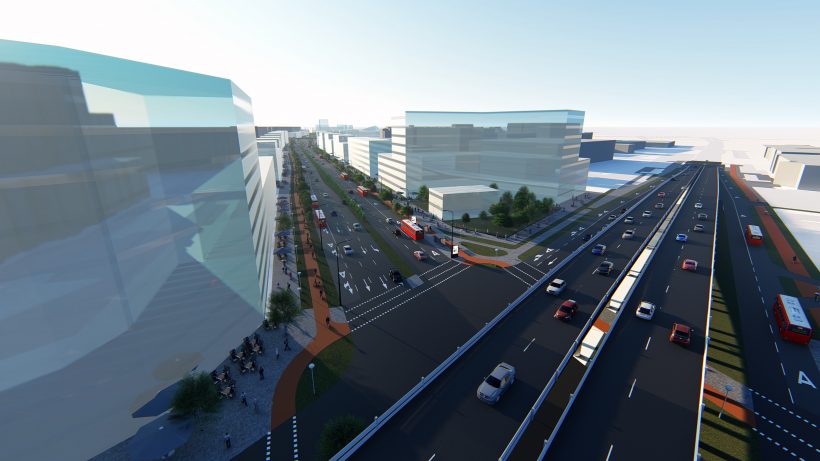